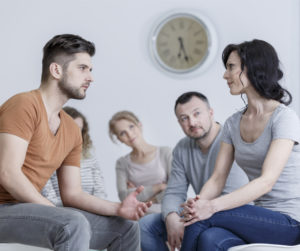 This article is by rehabs.com

We all know that substance abuse is a family disease – it not only affects the user, but the whole family, as well.

Living under the same roof with someone who’s dependant on alcohol, family members must navigate and endure the chaotic world of addiction, ultimately adopting coping strategies that can create lasting negative effects.

Sharon Wegscheider-Cruse, an expert in the addiction and codependency fields, has identified six different roles that family members tend to embody when living with an alcoholic. Each role highlights the negative effects of this disease on both the spouse and the children.

Define Your Own Healthy Role

Do any of these roles sound familiar? If so, important to understand that these negative characteristics can be overcome.

Taking an honest look at yourself and how your family operates is a great starting point. Helpful next steps include going to see a licensed professional therapist, as well as joining a support group, such as Al-Anon, to help you forge down a new path.