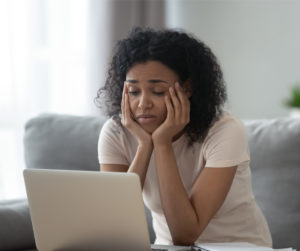 This article is by Dr. Bill Knaus and published by Smart Recovery

Let’s start with a definition. Procrastination is an automatic, negative, problem habit of needlessly postponing and delaying a timely and relevant activity until another day or time. It always involves a negative emotion that ranges from a whisper of affect to panic. The process always includes a diversionary activity. It practically always involves procrastination thinking, such as “I’ll fix the problem later.”

This complex, automatic, problem habit typically coexists with other negative states, such as anxiety, depression, impulse control challenges, organizational challenges, distractibility, substance abuse, self-doubts, perfectionism, indecisiveness, and other. When procrastination co-occurs with other conditions, it is a complex form of procrastination.

Because procrastination is normally a habit, when this process coexists with conditions, such as a negative mood, you may frustratingly repeat procrastination patterns despite your heartfelt wishes to change for the better and to avoid the hassles associated with the habit(s).

Procrastination is one reason why smart people repeat self-defeating patterns. Another is in not recognizing the procrastination habit and its complexities.

How do you resolve a co-occurring procrastination-anxiety mood-linked substance-abuse process through time management? Can you address procrastination “later is better” procrastination thinking through creating schedules that you probably won’t follow?

Although time management solutions, such as setting priorities and scheduling is sometimes part of the solution for addressing deadline forms of simple procrastination, procrastination typically has more to do with addressing unpleasant feelings associated with a task, habitual behavioral diversions, and mental deflections that sidetrack from productive pursuits.

Curbing procrastination is a byproduct of doing something else first. Preliminary steps include taking cognitive, emotive, and behavioral change steps to interfere with the course of the habit. This three-pronged approach is an area where SMART has an edge over other abstinence programs. Cognitive (rational), emotive and behavioral strategies to curb substance abuse apply to procrastination, and vice-versa.

The emotive component may be a central area to work to work on to build tolerance and emotional resilience. Both procrastination and substance abuse involve some level of low tension tolerance and discomfort dodging activities, such as following a path of least resistance. Procrastination is easy and you can slide into an illusion trap by telling yourself you’ll build tolerance later, or you NEED to use right now because you had a bad day, or you can’t stand the tension of not drinking or using. This vicious procrastination-substance abuse circle includes a specious reward in the form of an immediate relief from tension. That relief just rewards these two self-defeating problem habits, thus increasing their chances for re-occurrence.

Procrastination is one reason why smart people repeat self-defeating patterns.

Effectively curbing dual procrastination-substance abuse habits normally involves a comprehensive plan, tools to execute the plan, and a deliberate exercise of free-will, or the ability to choose a productive path when you could have yielded to irrational drinking thinking beliefs and impulse. Attending SMART meetings and using SMART educational materials can be a central part of the plan.

By simultaneously refusing to capitulate to procrastination and substance abuse urges, you act to shape your life direction by executing rational choices. Through exercising these choices, you avoid hassles associated with drinking or using. You gain productive advantages. This learning, experimenting, and progressive mastery approach marks a path with greater promise for positive change than a vague hope, such as “I need to do better later.” This hope is an illusion than moves in tandem with procrastination.

When it comes to coping with procrastination or substance abuse habits, I know of no quick fix. Quick fix techniques may create an illusion of progress that is rarely more than a placebo effect that soon wears out, leaving you frustrated and discouraged. Paradoxically, if you choose a challenging “long-term gain” path, and act to stay on it, you will have simplified your life, have less reason to feel stressed, and have more reason to experience a higher level of self-efficacy. This is a belief that you can organize, regulate, and direct your actions productively.

Relapse prevention for procrastination is part of this self-efficacy process. But that is a plus. When you get to the point where you concern yourself about relapse prevention, you have made progress.

A key relapse prevention approach involves completing a weekly cognitive (rational), emotive, and behavioral checklist without procrastinating! For example, (1) Do I experience drinking thinking and act to debunk it? (2) Am I accepting that I’ll have cravings and feel tempted to drink\use, and allow myself to live through them without acting on them? (3) Do I take problem-solving actions to contain and control drinking behaviors, such as buying or using addictive substances?

You may stay sober and clean forever. However, when it comes to procrastination there are so many nooks and crannies in life where procrastination urges lead to procrastination diversions it is impossible to be perfectly consistent and never procrastinate again. Nevertheless, productive gains in major life zones where procrastination recurs can feel like paradise compared to the alternative that comes with (1) a sense of lack of control and feeling overwhelmed by things left un-started or undone, (2) diversions along troublesome pathways that keep leading to the same dead-end results, (3) false promises to do better, handicapping yourself by giving yourself reasons why you expect failure, and making up excuses to explain away negative results so as to avoid blame.

By jointly addressing common components in both procrastination and substance abuse, you can accelerate and strengthen your self-help efforts. As a byproduct, the outcome is likely to prove productive and satisfying.

A life-time life-style change process of stretching your resources to actualize them is neither simple nor easy in the beginning. It becomes less difficult in the long-run compared to seeking easy paths to meet complex challenges.

Procrastination starts as a handicap. Corrective actions toward progressively mastering procrastination accelerate a lifestyle change to increase your chances for health, happiness, and accomplishment. The extra steps you take to work toward such results are radically different from the extra steps it takes to stay on a procrastination pathway. Persistence in learning and applying counter-procrastination measures is a more sure-footed way to move yourself in the direction of self-command and to grow your ability to command the controllable events that take place around you.