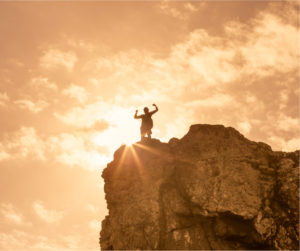 This post is by Natalie Baker and published by recovery.org

Recently, I was asked to be a keynote speaker at a conference in Austin, Texas.  My topic? How to overcome adversity.

As an attorney who suddenly found herself serving a four-year prison sentence for a first-time DUI, I had to employ various tactics in order to adapt to my new reality and stay mentally sane.  Here’s what worked for me after my drinking caused me to lose almost everything, including my freedom:

When I first received my sentence, I couldn’t even fathom what it meant.  There was no way, in my mind, that I’d be able to survive four whole years in a medium-security state prison.  But I took it day by day, with each one getting easier as I fell into a routine.  I constantly gave myself pep talks to combat anxiety and depression, and refused to let myself dwell in feelings of negativity.  By being my own personal cheerleader, I was able to overcome a hardship that I had originally believed was impossible.

It sounds cheesy, but I gravitated toward cliché sayings, like “This too shall pass” and “If God brings you to it, He’ll see you through it,” because they helped give me self-confidence and strength in times when I needed them most.  I also found inspiration in stories of people who’d been in similar situations.  Those who’d been incarcerated, got out and went on with their lives motivated me beyond belief – because if they could do it, I reasoned, so could I.

A big reason I got behind the wheel that fateful night is that I bottled up all of my emotions and hid behind a façade that everything was fine.  I had been in extreme emotional turmoil, yet no one around me knew, and it had been eating me up inside.  Once I was in prison, however, I vowed not to repeat the same mistake and clung to the support of my friends and family.  Through their letters, phone calls, visits and unconditional love, I was able to find the inner strength that was needed to overcome the challenges I faced behind bars.

Even though it didn’t feel like it at times, I knew deep-down that there would be brighter days ahead.  I held onto this belief, and it helped me get through the moments when I was really down and seriously considering giving up.

Ultimately, none of us is immune from hardship, and we all need help getting through tough times.  Even though every challenge is unique to the individual facing it, the pointers above can help a person tackle adversity head-on and overcome its obstacles.