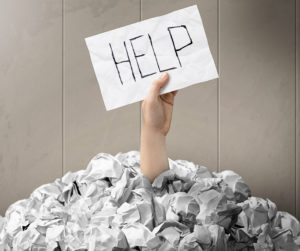 This article is by RCA

I was told when I got home, I went right upstairs into my bedroom. A few minutes later, my mom and grandmother heard a loud thump.

When they came to check on me, I can only assume they weren’t expecting to find what they found. After all, I was supposed to be their golden child. I was hiding my addiction so well – or so I thought.

What they found wasn’t their golden child who was known for making everyone laugh and being fiercely protective of his siblings.

No one wants to grow up and be known as the guy who overdosed. I had dreams. I had aspirations. I had things I wanted to do – none of these included winding up on my grandmother’s floor half-dead …. yet there I was.

Coming in and out of consciousness, it’s hard to recall what was real and what was fake. But one thing was very real: My middle sister’s face. You see, she had over a decade in sobriety. And we hadn’t spoken in six years. Yet she was here. Why?

Because she knew all along what I was really dealing with. They all did. Turns out I wasn’t as good at lying as I thought I was.

When I finally came-to, it was a rude awakening. I opened my eyes and was immediately immersed in my own intervention.

My answer was simple: Yes. All my years spent in addiction, I wanted to die. My introduction to the world of drugs and alcohol is similar to others: It started with a few drinks in high school and then dabbling in other things in college. But unlike my peers, who could party on a Friday night, end it there, and wake up and go to class on a Monday morning, my partying never stopped. It continued for years.

That’s when the isolation started. I stopped getting invited to things, because no one knew which side of me would show up. I was unpredictable, and it scared them. I scared myself. I was caught in the grips of addiction. I had no idea what my life would look like sober – and I didn’t want to know. It was too hard to try and get there; it was impossible.

But in that moment, surrounded by my family, all I felt was relief. I didn’t have to lie anymore. There was no more sneaking around, denying it, lying. For the first time in my life, I was faced with the truth – I had no other choice. Here I was, 31 years old. I was out of options. It was pretty simple: Get sober or die.

I accepted the help that was extended to me. And I’m glad I did. I’m a husband and a father now. I’m doing things that I’d never be able to do in my active addiction – including helping others find their way to recovery.

When my wife and I talk about my addiction, she remembers feeling like there was a darkness around me. She thought we were just going out, having a good time, and that I went home at the end of the night. But my party continued long after everyone went home. Now, I’m proud to say she sees me as a totally different person. She didn’t know much about addiction when we first met – and I was living in a halfway house! But I included her in my recovery from day one, and I know she’s really thankful for it. I’m thankful for her, and to have this opportunity to live a happy, meaningful life.