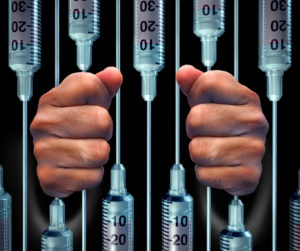 This article is by Hans Madueme, MD, MDiv and published by AMA Journal of Ethics

Many complain that our culture is too beholden to biological psychiatry and genetic reductionism. Much of the discussion on addiction forms part of this cultural background. Thus we inherit, or even construct, different ways of thinking about ourselves, about health and disease, about weal and woe. But not every popular assumption is sober truth. The concern of many Christians, myself included, is the tendency to “medicalize” behavior, such that sin and vice become addiction and disease. This need not be unduly conspiratorial or atavistic. The point is that an older generation was far more likely, on balance, to understand itself and its social world in terms of sin and virtue, vice and godliness. Lack of self-control and weakness of will, for instance, were moral failings to be avoided (with divine help). That sort of language has fallen on hard times. Perhaps there have been attendant gains, but there have also been losses.

What we may have lost is a truer sense of our world’s moral texture. The modern discourse of addiction commits us to specific ways of understanding our world and our selves. It has assumptions about whether (and how) my neighbor, or even God, makes moral claims on me, and what—if anything—can be done about it. These are not trivial issues [1]. The relationship between addiction and the Christian doctrine of sin is our interest here. Christian theologian Cornelius Plantinga gives us a helpful definition of sin:

What then is a Christian attitude towards addiction? Do we condemn addicts because of sinful habits, or are they morally blameless for something beyond their control [3]? To put the question this way is already to invite criticism. In a culture awash in Internet gambling, lotteries, horse racing, food, and sex, it seems harsh to suggest that addicts are to blame for their misery. Glib moralisms are indeed insensitive and naive.

And yet we must take sin seriously. As we suggested, popular discourse often deploys addiction as the explanatory panacea for all kinds of besetting sin and vice. Addiction brain science itself can quickly undermine, or qualify, confidence in traditional views of moral responsibility. The American Society of Addiction Medicine, for instance, describes addiction as a “primary, chronic, neurobiological disease, with genetic, psychosocial, and environmental factors influencing its development and manifestations” (emphasis added) [4]. This need not entail reductionism, especially when addiction is nuanced as “a polygenic disorder that results from interactions between the environment and the effects of a large number of genes, each with a small effect” [5]. Our neuroscientific age, however, raises the reductive questions in a sharp way [6], and I personally worry that the idiom of biological psychiatry exerts an undue influence on addiction research [7]. In any case, it seems hard to deny that the cumulative social and cultural effect of addiction research, rightly or wrongly, calls into question the Christian doctrine of sin.

This doctrine entails a robust notion of moral responsibility or culpability; God is pleased or displeased with us. Catching a cold is a very different thing from coveting my neighbor’s wife; the latter is sin, the former is not. But many addicts feel as if they do not have voluntary control of their behavior. If sins are understood only as self-conscious and high-handed acts (like premeditated murder, rape, or lying), it seems wrong to call addiction sin. Yet, as Edward Welch points out, sin is also a much broader, more insidious and enslaving condition [8]. “In sin, we are both hopelessly out of control and shrewdly calculating; victimized yet responsible. All sin is simultaneously pitiable slavery and overt rebelliousness or selfishness. This is a paradox to be sure, but one that is the very essence of all sinful habits” [9].

The relationship between sin and addiction is like the overlapping circles of a Venn diagram. In the smaller, nonoverlapping areas of the circles, we have addictions that involve no sin (e.g., a baby affected by intrauterine cocaine addiction [10]) and sins that have no addictive component (e.g., cheating on my yearly income tax). In most other instances, sin and addiction are coextensive [11]. “Addicts are sinners like everybody else,” Plantinga reminds us, “but they are also tragic figures whose fall is often owed to a combination of factors so numerous, complex, and elusive that only a proud and foolish therapist would propose a neat taxonomy of them.” There must be no trace of “typically judgmental and typically permissive accounts of the relation between sin and addiction: we must say neither that all addiction is simple sin nor that it is inculpable disease” [12]. Such discriminating calls for wisdom and humility.

Now to the main question: Is it possible for addiction research to be happily integrated with Christian perspectives on sin? Here we wade into complex territory. Part of the problem is sociological; addiction research is advocated, discussed, and applied in secular clinical and institutional settings, whereas Christian theology is rooted in churches and seminaries. The other problem is deeper; addiction scientists often may not share the same metaphysical or theological assumptions as the Christian community. So genuine conversation is difficult. One way to begin dialogue is to observe that addiction per se does not rule out moral responsibility. Many Christians would argue that we can assign the addict responsibility proportional to the voluntary dimension of his actions, recognizing mitigating factors (e.g., impaired judgment). Other Christians [13] instead would emphasize that you are still responsible for those early binges that triggered your current alcoholism; addictions are ultimately more about our own idolatries than about mitigated responsibility [14]. In any case, virtually all Christians agree that medical and psychiatric professionals can and should help genuine addicts back onto a path of recovery [15]. This gives a clearer picture of the devastating nature of sin—not only does it enslave us spiritually, but it can also enslave us physically. If health care professionals can broadcast this message, one poignant effect may be a prophylaxis for our youth: “Go home, and sin no more.”

In the words of St. Augustine, “you have made us for yourself, and our heart is restless until it rests in you” [16]. By that he meant that all human beings yearn for communion with the living God. We are designed to think, speak, and live in the presence of God. But Augustine also observed our sinful plight; we generally seek happiness apart from God. Our tragedy is that we love the wrong things, or we love the right things disproportionately—and are ultimately enslaved by those loves. Our words and actions, our thoughts and imaginations, consistently fall short of the holiness of the Lord. And those of us who claim to be Christians are also guilty—no one is morally blameless—and despite our most valiant efforts, we sin daily. The irony is that Christians, in the spirit of Augustine, believe both in moral responsibility and in our (ultimate) moral inability. In a metaphorical idiom, we are all addicts. The experience of addiction is thus not far from any one of us. There’s no room for judgmentalism.

In short, we all need redemption.